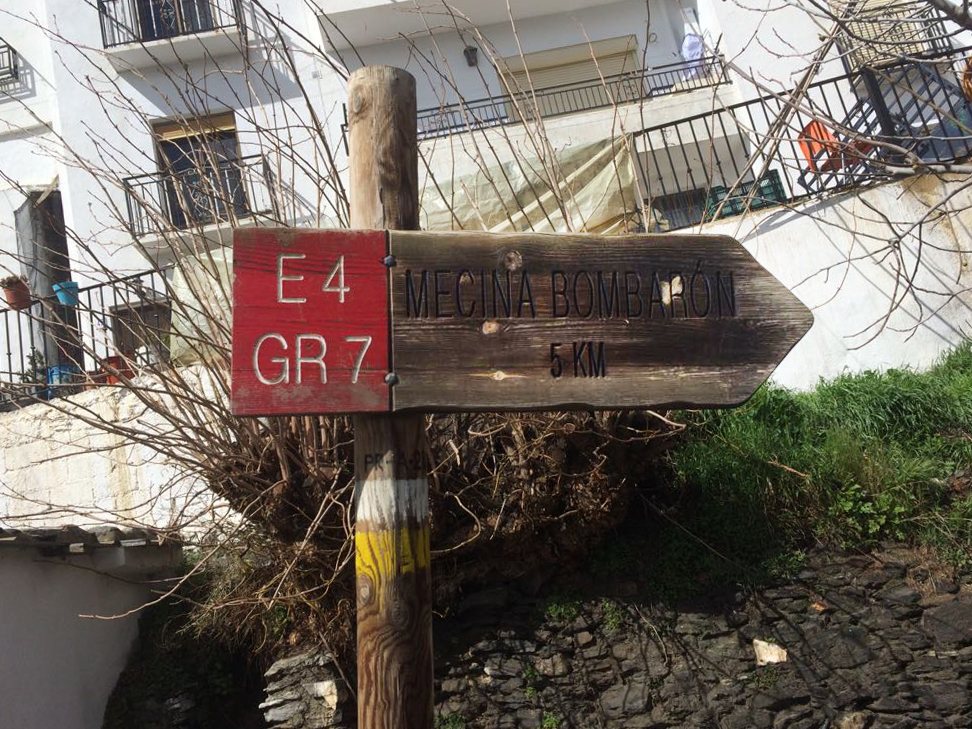 Here is another contribution by our guests Alyson and Vernon from England who share their experience around the paths and villages of this rural area of Andalucia.

Again we started from our accomodation at the Complejo rural El Cercado and took the path directly opposite its entrance to Berchules.  At the end of the path we turned right and headed up into Berchules and picked up the GR7 path. There’s a sign to direct you: “Mecina Bombaron 5km”, and from here it’s an easy off-road path down to a pretty river bridge. It had been raining through the night so the river was gushing down spectacularly through the valley. Over the bridge it was an uphill climb on a well walked rocky path. The higher we climbed the better the views, and they were amazing!  360 degrees of rolling hillsides with a back-drop of mountains beyond. Almond trees in bloom in the foreground and white villages dotted around the hillsides in the distance. Magnificent.

After climbing the rocky path we reached a ridge with a wider track and signage again.  We followed the GR7 route and it took us through some pine woodland and then, a little further on, down into the village of Mecina Bombaron.  There we found a small community, a typical church with bell tower and several bars, one of which we stopped in for a well earned drink and lunch.

Read also: On the paths of La Alpujarra: from Bérchules to Cadiar 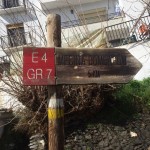 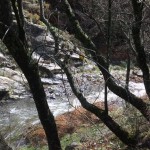 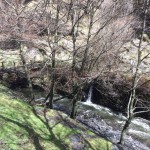 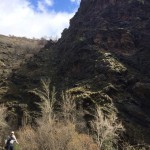 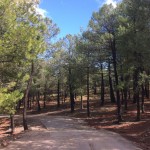 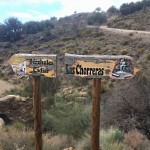